The late winter was so broken up for us.  Snowstorm after snowstorm broke up the weeks: 2 days off here, 2 days off there.  Week after week this went on.  When we finally came out the other side, were hopelessly behind.  Then there were other things like state ELA tests and field trips that broke up the weeks.  So now we are further behind.

I have been trying to get my sophomores ready for the state math test. One of the things I still need to teach / review is solving systems of linear equations.  Solving by graphing was no problem.  They were comfortable graphing lines, and this made sense to them.  Any other method was like talking Klingon to these poor kids.

Finally I just went to some crazy word problems and let the kids solve them any way they could think of.  The problems were silly and funny and often involved "my friend, Max."  For years, "my friend, Max" was just a made up imaginary friend.  Maybe I was thinking about this cartoon character? 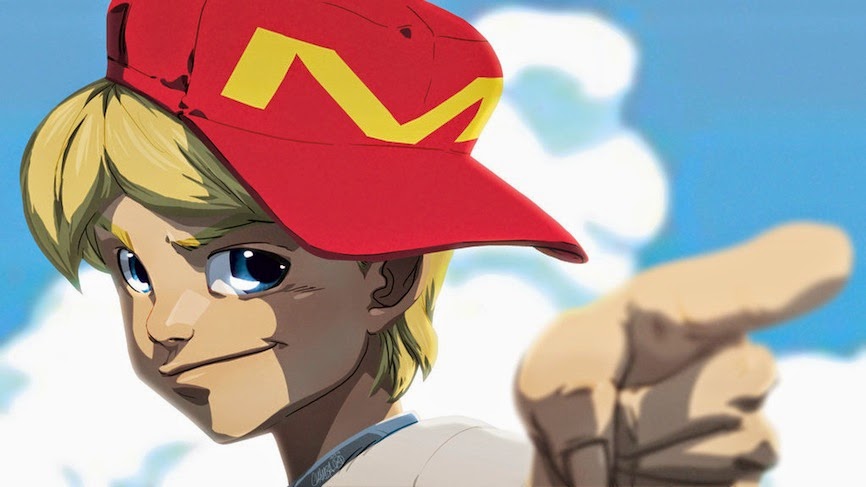 Then I met Max Ray and suddenly I had a real "my friend, Max" and HE came out to work with this particular group of sophomores early in the year. 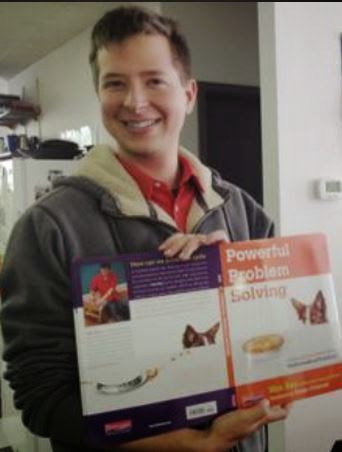 One young lady asked if she could come after school on FRIDAY to get extra help on these systems problems.  No matter what I encouraged her to do, she was just guessing and getting lost:  we had tried drawing pictures, we had tried making tables or organized lists.  Nothing worked.

So when she came on Friday, I wasn't really sure what I could pull out of my bag of tricks.  However just the previous afternoon, the crew from Math Forum had presented at a seminar put on by the Mathematics and Computer Science Collaborative (MACS) over at a local college. (Thank you Steve, Suzanne, Annie, and Norma!)  And once again, Annie and Steve made me remember the value of Noticing and Wondering.

I pulled up some simple systems word problems from Kuta, and at first just let her read them out loud.  I wanted to see what she would do on her own.  She drew the boxes we had played with in class (for organizing some info) and then she just got stuck.  I said, "You know, there is a LOT of information in these problems.  How about we use some Noticing and Wondering here?  I am going to clean off my desk while you work on noticing some things about the first problem."  When I got back a few minutes later, she had done two problems worth!

She declared that was easy.  "Then let's sort the information.  What is the first way we could sort some of your noticings?"

"I noticed there were 2 types of shirts: Fancy and Plain.  I guess we could use those as the variables?"(she was building on discussions we had done in class).
"Sure, why not?"

"I noticed that there were 7 shirts in all."
"Cool.  What KIND of shirts?"
"Some were fancy and some were plain:  OH! Fancy shirts and Plain shirts = 7 shirts!"
"Those units of measure I keep nagging you guys about come in handy, eh?  So what else did you notice?"

"She spent $131 on shirts.  And fancy shirts cost more than plain shirts."

She played around with the calculator for a while and then said in frustration ,
"But I don't KNOW how many fancy shirts she bought! And I noticed that she bought plain shirts, too!"
"Hmmmmm, do we have a way of saying 'I don't know how many?' "
"Oh! we could call it x !"

And then she was able to make more sense of all the algebra we had been doing the last couple of days / weeks.  She had been blindly "doing the math", with no understanding why she was doing it.

"We should have done Noticing and Wondering all along, " she informed (admonished?) me.  "It makes a lot more sense now!"

Here is what she presented me with: 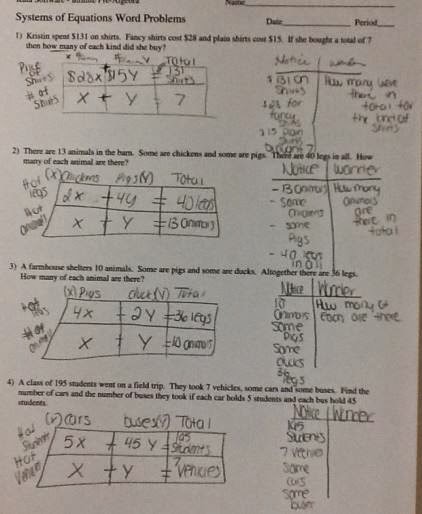 One thing that came up during our chat was a question that really threw me for a loop.  As she worked on noticing and wondering she asked aloud:  "How many legs do chickens have?"  I have to tell you: we don't live in farm country out here, but we are not exactly city dwellers either.  It took a lot of restraint to not have surprise register on my face.  I answered her question and she was happy with that.  "And pigs have four, is that right?"

Later, I told her I was giving her one problem that would count as a "quiz" to see if she could really do this on her own.  Here it is. Look carefully at the Wondering column.  She had a question about goats :) 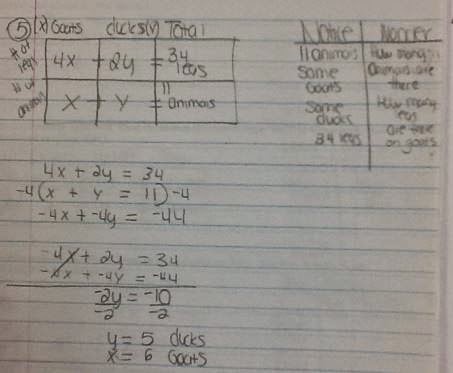